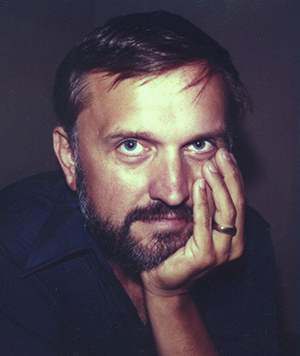 Carnegie Mellon University today announced that alumnus and emeritus faculty member Joseph Ballay and his wife, Sue, have established The Joseph Ballay Center for Design Fusion in the university's School of Design through a $10 million gift, the single largest ever presented to the College of Fine Arts. The center establishes a formal presence of design expertise and outreach at CMU and also will serve as a central hub for design courses for the CMU campus community, executive education, sponsored projects and collaborations, and design research.

Establishing The Ballay Center is the culmination of his life's work, which has been a study and practice of the arts and sciences.

"There is, I believe, an artistic base in all that we do, which satisfies human needs," Joe Ballay said. "Through the center, we will continue interdisciplinary work using design thinking to solve problems. Carnegie Mellon is the right setting to make this happen."

"We are extremely grateful for Joe's vision and support. By establishing The Joseph Ballay Center for Design Fusion, he reinforces Carnegie Mellon's culture, in which the creative and the technical live side-by-side, strengthening each other," said Carnegie Mellon President Farnam Jahanian. "It has been our longstanding belief that the arts and technology together make us stronger as individuals. Growing out of its roots in the arts, design thinking approaches problem-solving with a transdisciplinary approach that respects the aesthetic forces of human productivity."

Ballay is a 1960 management graduate of Carnegie Mellon, then known as Carnegie Tech. He earned his second bachelor's degree in industrial design from the University of Illinois at Urbana-Champaign and, in 1970, he earned his master's degree from the College of Fine Art's (CFA) Department of Design. He was named head of that department shortly after joining the faculty and swiftly rebuilt its focus, curriculum and administration, ultimately helping to establish the School of Design within CFA. He returned to teaching and research in 1985 and is an emeritus professor of design.

Read the rest of the story on CMU.edu >>