For Alex Hines Fischer, dedication is at the center of design. As an Industrial Designer for Yabu Pushelberg’s studio in New York City, he has free reign to design anything from light fixtures to casegoods for global furniture collections, hotels, and residences. Yet despite the lack of constraints on the boundaries of his work, Fischer sets up his own type of constraint: constant consideration of human context.

“A truly great designer doesn't fight against these constraints - she or he thrives in them.”

“In my mind, furniture design allows me to focus more on perfecting a design than any other area I've tried,” he continued. “That perfection has to extend so far beyond the object itself.

“The CONTEXT of the user, interior, market, and zeitgeist,” he added. “The needed EMPATHY to relate to the user, to put your mind in that daily use and first view of an interior.  I find Furniture design gives me the best opportunity to explore these pillars of contemporary design.

“And I think Carnegie Mellon is an excellent school for learning the immeasurable importance of Context and Empathy in design.” 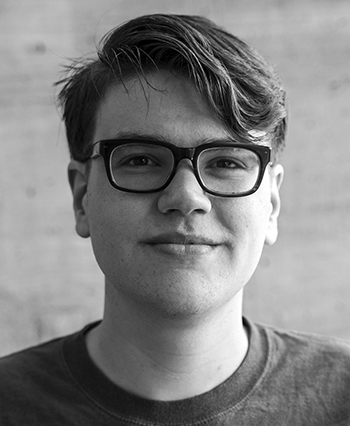 Looking back on his time at Carnegie Mellon University’s School of Design, Fischer is completely frank about what it was like to be an undergraduate.

“I was a terrible student for my first year at the School of Design,” said Fischer.  “But I had a wake up call and realized that I wanted to be a designer more than anything, so I decided to simply be the hardest working designer.

“I'm not sure I ever was the best or the hardest working, but I tried to put in more hours with more dedication than anyone around me.”

This trajectory pulled in results, slowly but surely. It changed him. After that, he rarely received less than an A and continued his studies at the Art Center College for Design after graduating.

“My first day in the Master's program at Art Center, the president of the school, Dr. Lorne Buchman, told me that a great designer needs three things: Skill, Talent, and Discipline.

“I'm a big believer in that, but I know the attribute that got me where I am today is discipline.”

His path grew from lessons learned from experienced designers. After working on Cory Grosser's Alta Swivel chair for Bernhardt Design he carried that experience forward to develop his own Brisa Swivel Chair, which was picked up for production by ATU International in Ecuador. After that his designs began appearing in competitions and shows like including Herman Miller's Designing for the Office Nomads, the Dwell show in Los Angeles, and NYC’s ICFF. Now his pieces for Yabu Pushelberg are going into projects in Shenzhen, Chengdu, Singapore, Miami, and NYC.

For Fischer, furniture contains both tactile experience and contextual information.

“I believe strongly that furniture without meaningful function is the realm of art,” said Fischer. “While it may not be immediately obvious in every piece of furniture I touch, I'm always thinking about it in the context of humans.

“I approach everything from that perspective and I think that's the biggest mark of a Carnegie Mellon graduate.”

This summer he was also a winner of the ICFF Studio Competition sponsored by Bernhardt Design and exhibited a collection of stools he did for fun. His work can be found at hinesfischer.com