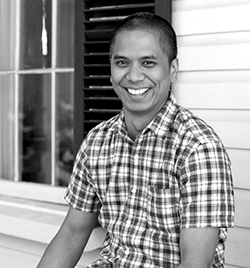 Mark Paat, a Graphic Design Alumnus from Carnegie Mellon University’s School of Design (BFA ’96) has made it his mission to put all things Pittsburgh, from the sports teams, the history, the quirks, and the colloquialisms of the city, on the front of a t-shirt with his company, Jagoff Ink.

After graduating from CMU, Mark, who is a Pittsburgh native, kicked off his career as a freelance print designer for Horizon Communications, a Pittsburgh-based advertising firm. He began his first full time job, later that year, at the Carnegie Mellon Software Engineering Institute (SEI) as a print and multimedia designer.

“Late in my time there is when web design started to be a thing,  so I caught that wave and learned HTML on the job,” said Mark. “From the SEI on, all the jobs I've had to date have been in the software development space, from healthcare to robotics. My knowledge in web design transferred nicely into what I've mainly done for the last decade plus, UI/UX design in the disciplines of visual and interaction design.”

Through all of Mark’s work, it was his love of Pittsburgh that kept popping up into his designs.

“Jagoff Ink started on a whim,” said Mark. “Jagoff Ink is just my way of sharing my love of Pittsburgh to all even if you're not from Pittsburgh.

“Of course, I had to name my company after something Pittsburgh... ‘Jagoff’ is one of countless ‘Pittsburgh-ese’ terms and ‘Ink’ has a couple of meanings... ink in terms of print (ink to shirt) and ‘incorporated.’”

All of the shirts featured on Jagoff Ink, are a celebration of the bridges, sports, and even the celebrities of Pittsburgh, from notable athletes to Fred Rogers. 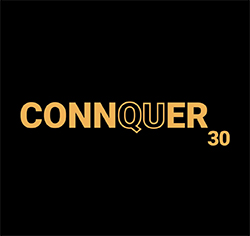 “My favorite by far is the Connquer shirt,” said Mark. “It's my way of paying homage to James Conner, current running back of the Pittsburgh Steelers and former running back of the University of Pittsburgh Panthers. He was an incredible source of inspiration to me when I learned he battled and conquered Hodgkin's Lymphoma in 2015. In 2017, I was diagnosed with, battled, and conquered Stage IV B Hodgkin's lymphoma. I've been in remission since March of 2018.

“The Steel Curtain shirt has been quite popular for the hardcore Steeler fans,” added Mark. “I grew up a 70s Steeler fan and owe my lifelong support for the Steelers to my dad. The design is so simple in that the numbers, rendered the way they are, speak for themselves.  Much of what I create is incredibly simple. When it comes to design philosophies I've always believed less is more. 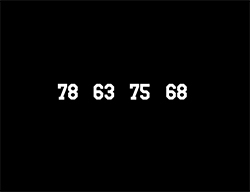 Mark also highlights new designs devoted to Mister Rogers and the now infamous Pittsburgh Port Authority Bus that was swallowed by a sinkhole in 2019. Additions to the Steelers and the Penguins collections are also coming in the near future.

“People like me are always looking for fun swag to show support for the team or favorite player.”

Mark recalls his time at CMU as “a wonderful experience.”

“I enjoyed typography and consider myself very skilled, as reflected on some of my work in my store,” said Mark. “I learned a lot from the professors, especially Dan Boyarski and Karen Moyer. 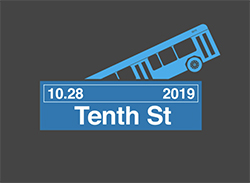 “Perhaps I should pay homage to them with a t-shirt!“

“At the School of Design, you will learn to be an analytical problem solver,” added Mark. “If you're looking to learn how to make things pretty, you should probably look elsewhere. Design goes way beyond the surface as anyone can make something look good. Design is about people, process, and meaning. Process as the methodology used to arrive at the solution. You will learn the methodology at CMU. You will acquire a set of fundamental skills applicable to any given problem.

“I can honestly say the ‘product’ CMU produces is different than other design schools. We are taught to be problem solvers. Design goes beyond the surface.”