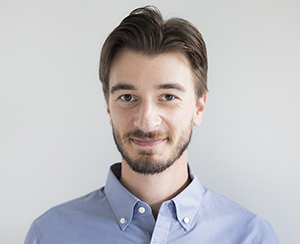 "Through a combination of 3D printing and hand finishing," said Singer, "we can deliver products that are hyper-customized for your taste, while at the same time maintaining a uniform level of quality expected from modern products." He hopes to shift the relationships people have with the products they buy and believes that, "truly personal items which include the customer as a design participant can become cherished keepsakes for many years, and not objects to be consumed, outmoded, and disposed." 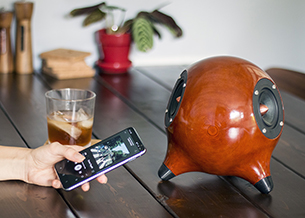 Inspired by sci-fi movies like 2001: A Space Odyssey, Valve's Portal game series, and his personal affinity for audio and music, Singer said, "I wanted something that was simple, modern, adaptable, character-like, and also took advantage of the unique aspects of 3D printing. Spherical shaped speakers have a number of advantages for audio quality, but the form makes complications for traditional manufacturing so they're usually only seen in extremely high-end systems. Conversely, 3D printing the housings means producing a spherical form is a trivial task so it was a differentiation I wanted to run with." As Singer moved forward with the idea as a product, he realized that the spherical form was also an easy canvas for customization.

This was not Singer's first Kickstarter success. Singer had managed a Kickstarter campaign with his previous company, Makeit Inc, selling desktop-format 3D printers for the professional and industrial manufacturing markets. So while he felt elated after Singer Audio had reached the goal with an overwhelmingly positive response, Singer was quick to learn from his past experience.

"I quickly started thinking about the next steps for fulfillment," said Singer. "It's a long road going from prototype to delivery and although much of the prep work is already in place, there's always unforeseen hurdles. Now I'm trying to hold on to that initial excitement while keeping focus on forward momentum."

After graduating from the School of Design in 2009, Singer worked at a design consultancy for a year and then completed the Master's program in Transportation Systems Design at Art Center College of Design. "While there, I made good use of my CMU education by freelancing and working on a wide range of projects outside of the program curriculum." These projects enabled Singer to meet his future business partners at Makeit Inc as well as work as a data science researcher at the NASA Jet Propulsion Laboratory in Pasadena. 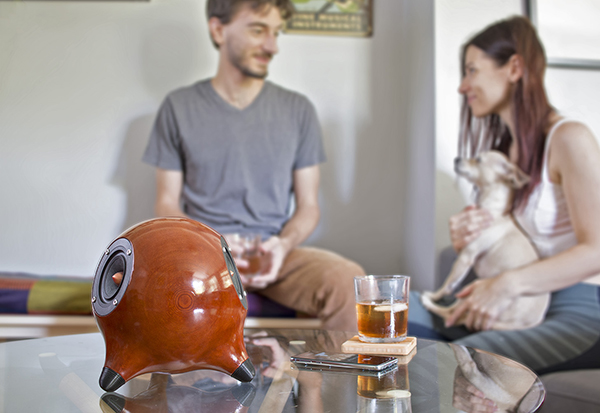 "Upon graduation from Art Center I started full-time at Makeit Inc as Director of Design and Development and spent over 4 years in that role," said Singer. "The process of studying transportation and product distribution systems as a student, the experience of working alongside climate researchers and roboticists at JPL, and the exposure to 3D printing technology I got from Makeit Inc, all played a role in how I view design and production of my own products today."

Throughout his career as a designer, Singer still relies on the education he's received at CMU.

"The methodology I learned as a CMU Design student helped me understand new subject after subject, the process of learning through making is a core part of how I conduct myself. Of course there are also aphorisms from my teachers that resurface often, whenever I work myself into an over-complicated corner I can almost hear Mark Baskinger say 'simple things done well' as I pull back the reigns on my design.

Singer also recalls Dylan Vitone's senior studio course where he designed and built a guitar and amplifier. "It's one of my favorite projects to this day and his (Vitone's) attitude made the whole process enjoyable," said Singer.

"It was always incredible to be surrounded by so many creative thinkers with diverse backgrounds and interests." 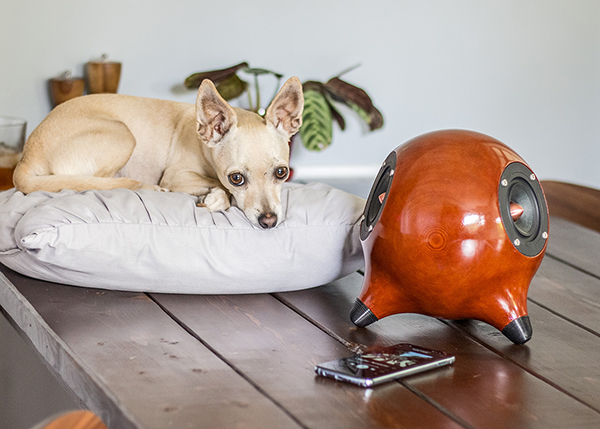 Singer added that his education as CMU taught him that designers have a duty to make their work "meaningful."

"Standing up for what's right, either by presenting a strong well-spoken opinion in a meeting or by refusing projects that don't meet your sense of moral obligation, is how designers bring positive change to the world. When so many things today seem dire, knowing that I've made moral professional choices helps me sleep at night.

"Many schools can teach the technical abilities associated with design, but CMU taught me to understand," added Singer. "Understanding is, by itself, a process that can be learned. To learn in a self-directed manner is a crucial part of being a designer and I credit CMU with showing me how to understand new challenges and subject matters effectively.

"Whether you want to do design research, physical ergonomics, visual branding, technical application development, or whatever direction you want to take your design career, the School of Design will teach you to internalize and synthesize information in a way that can generate novel and valuable results."

Learn more about Design for Products at the School of Design >>