Chris Ioffreda on the Pebble Watch and the School of Design

When a Kickstarter exceeds it’s goal by a factor of 19 million dollars, you know you have an idea that means something to people.

Chris Ioffreda, a Carnegie Mellon University's School of Design alumnus and a designer at Pebble, admits his interest in wearable technology stems from what he describes as a “deep respect for the human user” and a fascination with the confluence of fashion and more technical products. "A field like this," said Ioffreda, "where multiple disciplines converge, demands cross-functional thinking and represents a huge opportunity for design. 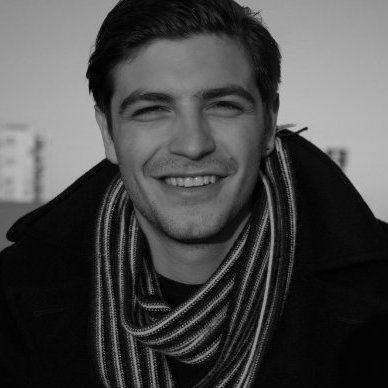 “A definition of design that I appreciated while in school is that designers are: 'sensitive human beings making changes in the world around them,'" he added. "That’s an idea that I was exposed to during a semester I spent abroad in Denmark.

"I think that in the end, the designer has to act as an advocate for the human user, and for the integrity of the product itself. That means agonizing over every single millimeter.”

This design framework meshes directly with the work of companies like Pebble, that are revolutionizing the market of wearable technology and redefining the user experience. One of the ways this was accomplished was through their Kickstarter campaign. They worked toward garnering real interest, instead of simply pushing a product into the market.

Ioffreda started at Pebble just as the original Kickstarter smartwatch was hitting the shelves in 2013. "Pebble Steel was in the works and its launch, along with the launch of the Pebble app store, was a major focus for the team," said Ioffreda.

At that time, the entire Pebble team consisted of less than 20 people. Pebble had recently hired their head of Industrial Design and a small group of designers began to formulate what the next iteration of the watch might look like. "Not just the next form factor, but the next platform," he added.

"We had to anticipate the types of user experiences we would want to enable over the next few years."

Ioffreda cites the use of crowdfunding as part of the Pebble Watch's notable success.

"I think it was a brilliant decision by Eric, our CEO, to return to crowdfunding to for our new lineup of watches," said Ioffreda. "We are still a relatively small company and our history with Kickstarter is incredibly important to the identity of the Pebble. Going back to Kickstarter was a way for us to harness that enthusiasm and include and engage our original backers as we move forward." 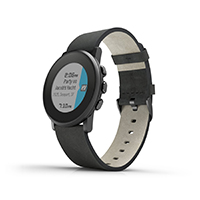 Having the backing of such a captive audience is exciting but also daunting.

"There was quite a lot of expectation for Pebble Time," he added. "It is also a product that deals with human and computer interaction at a very personal level."

When designing Pebble Time, Ioffreda and his team faced some very large and open-ended questions relating to the future of the Pebble’s platform and smartwatches in general.

"CMU Design gives you a good toolset for navigating that kind of ambiguity and finding the key insights that compelling products are built on," he said. "The School of Design also emphasizes a user-focused approach. That is a mentality that we take to heart when building new products and I think that it is reflected in the loyalty you see from our users.

"I’ll also add that simply being at Carnegie Mellon, inside and outside of the School of Design, gave me, personally, great exposure to technology and to innovative thinking that I doubt I would have found anywhere else."

In the midst of the complexity of innovative thinking, sometimes the best design returns to fundamentals.

"During a review with Mark Baskinger, our drawing professor, he told me to be sure that all of my lines converged and terminated in a similar fashion, he said. "He noted that that sort of visual coherence and intent is what elevates a simple drawing to a designed artifact. That lesson translates seamlessly to products and 3D form.

"When you're consistent and purposeful in your form it elevates your design and lets you build honest products."

Chris Ioffreda is part of the team that just released the third time product for Pebble this year: The Pebble Time Round. It has a thin round watchface that looks remarkably sleek without looking overtly digital or analogue. It is designed at the intersection of technology and human experience, a focus for the Pebble team.

“Smartwatches are simply a baby step in what promises to be a more intimate connection with technology.”