Design Alumna on Being a Designer and a Filmmaker 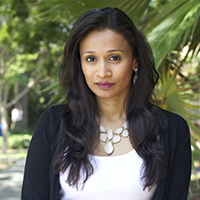 To say that Rucha Humnabadkar, a Master of Design Alumna from Carnegie Mellon University’s School of Design (MDes ’03), is “busy” would be an understatement.

After earning her degree, Humnabadkar has held design positions at companies like eBay, StubHub and Deep Dive Design and is currently the Director of Design at LifeLock, an identity theft protection service.

She’s also written a novel and released her first feature film, For Here or to Go?, this past March.

For Here or to Go? is a comedy/drama about the many personal battles faced by immigrants living in America. Set against the backdrop of the 2008 recession, Silicon Valley software professional Vivek Pandit is poised to become a key hire at a promising healthcare startup, but when they realize his work visa has less than a year remaining, the offer disappears. Just as the prospect of returning home to India starts to look tempting, Vivek finds himself in a relationship that makes him fight to keep the life he has built in America. Along the way, his eyes are opened to the similar struggles of his own roommates, other immigrants equally seen as “temporary workers” in the United States.

“American in mind and Indian at heart, For Here or to Go? is a contemporary story of ambition and ambivalence fueled by one’s immigration status that characterizes the dilemma of modern cultural displacement,” said Humnabadkar. 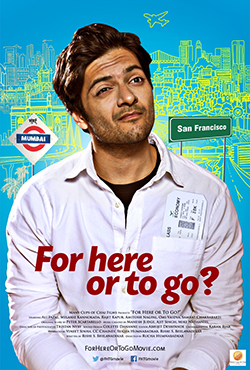 “It’s been a challenging yet rewarding experience as this was a grassroots entrepreneurial effort,” said Humnabadkar, who served as Director and a Producer for the film, which received a Jury Award at the Tasveer South Asian Film Festival. “From the development of the script, we sought ways diverse immigrant groups could each see reflections of their personal stories featured in the slice-of-life panorama. We spent time interviewing several San Francisco Bay Area Indian immigrant families, young professionals, and students, to capture the stories of the diaspora.”

“Most of all, Indian business owners of tech companies, restaurants and grocery stores provided their locations for important scenes in the film,” said Humnabadkar. “We had dedicated teams in India and the U.S. working long hours to turn this vision into a reality. We edited the film in Mumbai, as the film is bi-lingual, and completed the postproduction process in California.

“It’s very humbling and gratifying that this passion project has seen the light of day,” she added. “For me personally, this experience has been transformative and directing a feature film is a dream come true. I couldn’t have picked a better story to be my debut feature film. I believe this film will resonate with a global audience and add a much-needed authentic perspective to the crucial immigration debate we face today.”

Humnabakar relied a great deal on her design education and the interdisciplinary programs she encountered at CMU while tackling the immense task that is directing a feature film.

“I often refer to key design principles taught at CMU, because in industry the emphasis is on speed and quarterly results, timelines shrink and sometimes you have to fight to be the voice of the user,” said Humnbadkar. “It’s incredible how many parallels you can draw to the design process and filmmaking process. The writer of the film and I are both designers and applied design thinking all the way.”

As part of the film’s release, Humnabadkar wrote a blog post for Talkhouse about how she applied the design process to filmmaking. 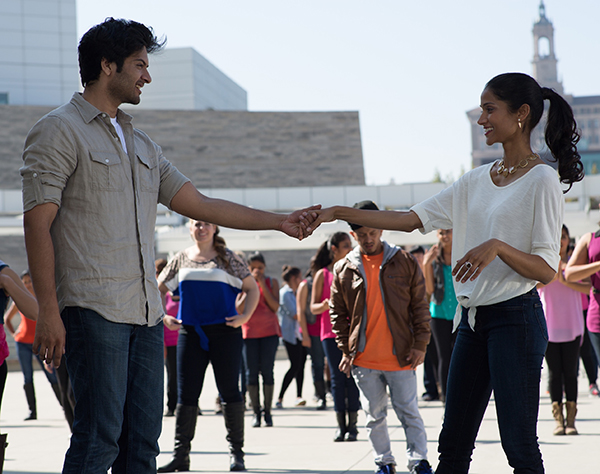 Before For Here or to Go?, Humnadbadkar also released Dance of the Fireflies, a bittersweet novel about a boy who leaves a small village in India for life in the big city. The novel brings to life the indomitable spirit of human endurance, hope and desire.

“I was inspired to write this story from when I worked as a freelance journalist in Hyderabad, India and wrote a feature article about the street children in Hyderabad,” said Humnabadkar. “I initially thought this would be a screenplay but instead wrote a novel. I gave a copy of the book to Dave Kaufer, who taught a writing class at CMU. His emphasis on bringing depth to characters while storytelling, played a key role in helping me iterate through drafts of the novel.”

When she’s not writing or directing, Humnabadkar serves as Director of Design at LifeLock. Humnabadkar leads product design, user research, and content strategy for web and mobile platforms, as well as the overall UX strategy and vision for all LifeLock products. She also brought some of the design thinking she learned at the School of Design.

“I started a ‘Design Studio’ once a month for my team,” said Humnabadkar. “The goal of Design Studio is to have an hour set aside to discuss new products/innovations or help a fellow designer stuck on a problem. Recently we launched a new portal for LifeLock members and the team used this hour to conduct a heuristic analysis of the new design.” 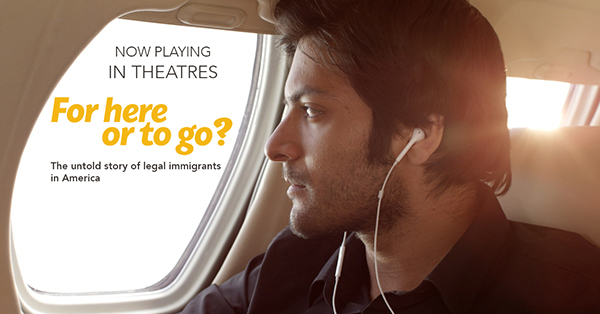 As Humnabadkar continues to succeed professionally and creatively, Carnegie Mellon University and Pittsburgh will always hold a special place in her heart. She particularly remembers speaking with Faculty Emeritus Dan Boyarski before entering the program.

“I was completely naïve at that time about what a big deal it was to get into the program,” said Humnabadkar. “Dan simply said, ‘It’ll open doors.’ And he was right, it continues to even today.

“CMU was my first home in the U.S. after I left India,” said Humnabadkar. “ I met incredible people and am still close friends with several classmates and keep in touch with the professors. CMU challenged me in ways I would have never pushed myself. The work I did on ‘The Role of Design In Establishing a Brand,’ was published in the IDSA journal and was also my thesis paper. I would spend long hours at night in the Design Studio working on assignments, or waiting for inspiration for my thesis work and would eventually find it at 2:00am in a hot cup-o-noodles, while I stared at the blanket of snow outside.

“If you’re interested in becoming a world-class problem solver with a maniacal focus on user centered design thinking, then this is the right program,” added Humnabadkar about future students interested in design. “Even today the CMU students I interview have a solid understanding of design fundamentals and a strategic approach to problem solving.”

More information on the School of Design's Master of Design Program >>