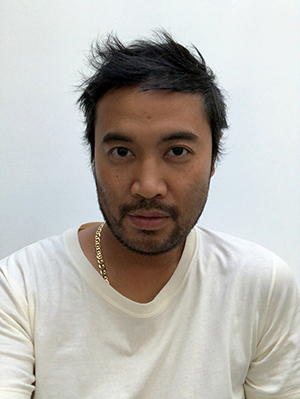 Design Alumnus Freddy Anzures (BFA '99) is returning to Pittsburgh to speak at TEDxCMU on Sunday, April 1st. TEDxCMU, an immersive, daylong conference, brings together some of the world's most bold and innovative thinkers to give the talk of their lives.

Since graduating from the School of Design, Anzures has had a remarkable career path. Anzures started as a Digital Media Designer at frog, served as Creative Director for Wax Poetics Magazine, and then went on to a 14-year career with Apple as a designer in their Human Interface Group.

"I was fortunate to collaborate with a small team of visionaries under Steve Jobs on the original iPhone, which made its debut a decade ago," said Anzures.

At Apple, Anzures helped pioneer interface designs, interaction experiences, and new platforms to access information, evolve digital communication, and encourage creative expression on Macintosh, iPhone, iPad, and the Apple Watch. Anzures was responsible and collaborated with the design team on the iconic "Slide to Unlock" interface and sound on the original iPhone, the design of the icons on iPhone's Springboard home screen, signature features like Visual Voicemail and apps such as Calculator, Calendar, and Messages.

"I was lucky to be in the right place at the right time," said Anzures. "To be one of the chosen few involved in the creation of such a revolutionary product was truly an honor."

After leaving Apple to pursue his own projects, Anzures is looking forward to making new connections.

"I've always enjoyed creating relationships between culture and technology to connect people," said Anzures. "I'm working on the beginnings of a number of projects right now that express that relationship. As far as things I can share, I'm happy to announce that I'll be opening an art gallery / design studio this summer."

Anzures' TEDxCMU talk will take the audience through three projects he did over the course of a 10-year span of his life and career from 1994 to 2004, including one of his Design projects from CMU in 1997.

"Like Andrew Carnegie, it's about how to put your heart in the work without losing your soul," added Anzures.

Following TEDxCMU, Anzures will be hosting an after party in Pittsburgh's Andy Warhol Museum. Tickets are still available.

For more information about TEDxCMU, which also features the School of Design's Kristin Hughes >>