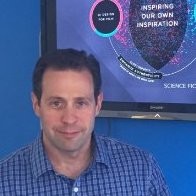 Please join us for another edition of our Design Lecture Series with School of Design Alumnus Jeremy Lasky and his lecture "Connecting the Dots: From CMU to the MCU" on March 23, 2020 at 5pm.

Connecting the Dots: From CMU to the MCU will trace Lasky's path since graduating Carnegie Mellon in 1995, to launching Perception nearly 20 years ago. Starting with his somewhat unique journey through CMU, to transitioning from academia to the "real world" to his first big break at R/GA to starting Perception, to working on blockbuster films for Marvel Studios— this lecture will offer plenty of advice and life lessons along the way. Lasky's lecture will be also going deep behind the scenes on his extensive work for both Black Panther and Spider-Man: Homecoming.

An entrepreneur and creative leader, Jeremy Lasky started his career at R/GA right after graduating from Carnegie Mellon University where he studied Graphic Design, Architecture and Business. For 5+ years he lead design efforts for feature films, global ad agencies and broadcast networks at R/GA. In the Fall of 2001, Lasky co-founded Perception, a cutting edge motion graphics studio that lead the revolution in creating groundbreaking design and visual effects on the desktop. Now in it's 18th year, the studio has sharpened its focus to become global experts in designing futuristic UIs for both feature films and for the most powerful brands in technology. From Iron Man to IBM, from The Avengers to SpaceX, the studio has an extremely unique niche that truly bridges the gap between sci fi & science fact. Lasky leads new business strategies, shapes the company's growth, while overseeing a growing staff of 16.

Lasky's work has garnered many of the most prestigious awards in the design world including AIGA, The Art Director's Club, BDA/Promax, CLIO, International Andy Awards, SXSW, Monitor Awards, New Media Invision, One Show, The Charleston Intl Film Festival, Telly's, The Type Directors, The Motionographer Awards and featured in the permanent collection at The Museum of Modern Art. He's been profiled in dozens of design and business publications including: Fast Company, The Wall Street Journal, Crains, El Pais, Carnegie Mellon Magazine, as well as a frequent guest on design and industry podcasts. 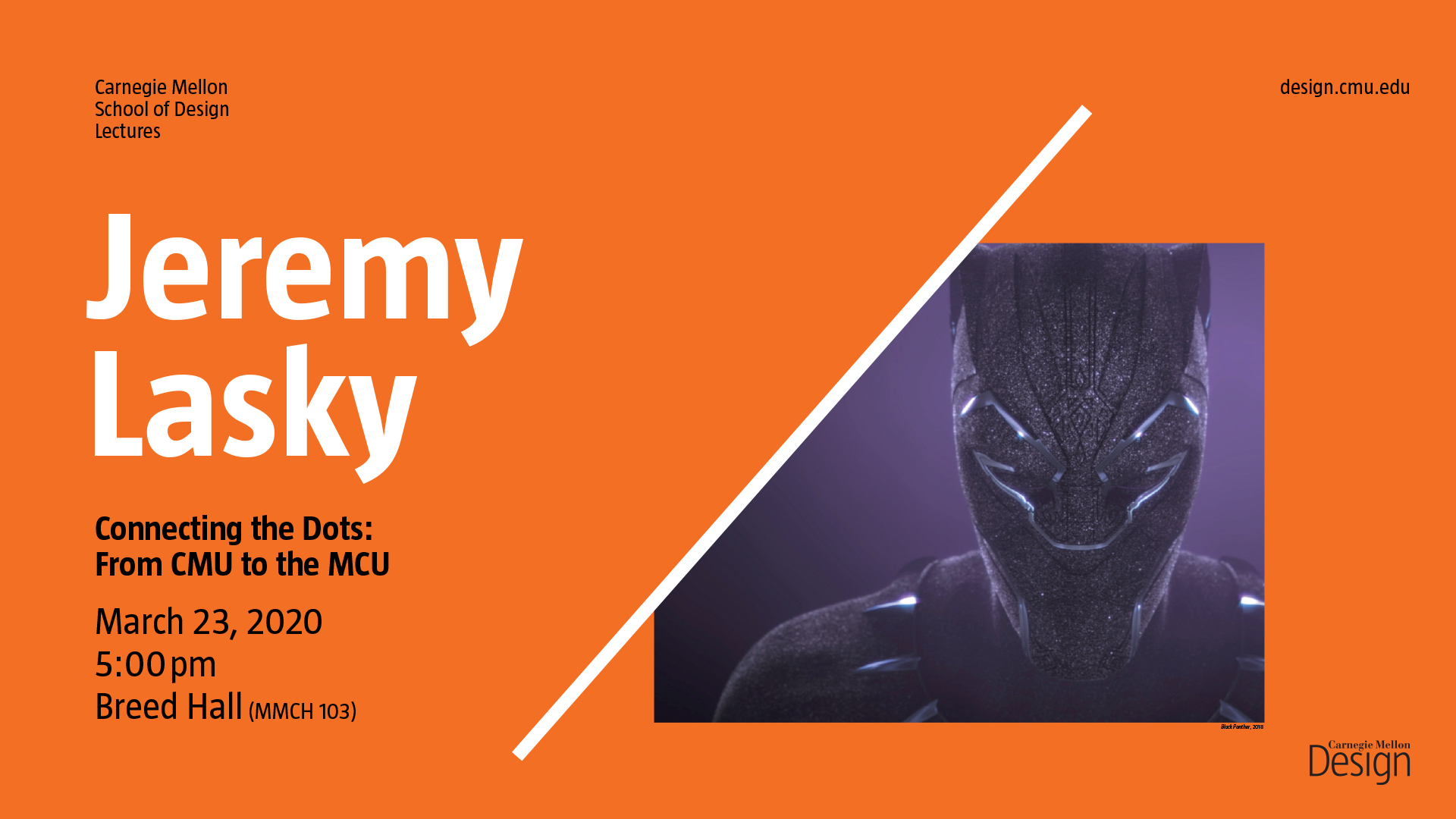 Fifteen first-year MDes students will present their thesis ideas in the form of 3-minute lightning talks.

Please join us for another edition of our Design Lecture Series with Ezio Manzini on March 4, 2020 at 5pm in Margaret Morrison Carnegie Hall room 121.

Please join us for another edition of our Design Lecture Series with School of Design Alumnus Dimeji Onafuwa and his lecture "A World Where Many Worlds Fit - Exploring pluriversal approaches to user experience" on March 16, 2020 at 5pm in Breed Hall.