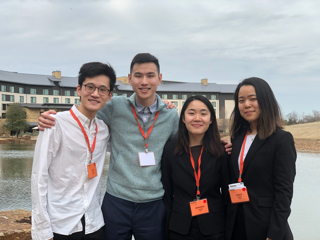 This past February, Deloitte hosted its first ever Undergraduate Case Competition at Carnegie Mellon University. They received over 184 applications from all backgrounds and disciplines, and 64 students forming 16 teams were chosen to compete in a 3-day event. While the competition is traditionally dominated by business expertise, the all-design team comprising undergraduate Sophomores Miranda Luong, Ian Shei, Jason Zhu, and Vicky Zhou took the prize for first place.

Deloitte’s case competition this year prompted undergraduates to develop a market and business strategy for a theoretical emerging autonomous vehicle software company. The teams were challenged to define the best market and design the best approach for the company to successfully enter the autonomous vehicle industry.

The winning team, who coined themselves “Team Mentzer,” drawing inspiration from Design Professor Mark Mentzer, took a pragmatic but human-centered approach, a strategy that ultimately led to their victory. In forming their initial idea, Shei noted that “considerations included which segment to enter first, what traits to look for in partnering with companies, and how to convince the populace, the majority of whom have some level of distrust towards self-driving vehicles, of the viability of the technology.”

After discussing these ideas, the team ultimately landed on a solution that focused on accessibility and safety. Zhou pointed out their approach was “very holistic” and that “we were lacking in terms of understanding business models, but tried to [leverage] our different backgrounds...by addressing issues, perspectives, and points that other majors competing in this challenge would not regard.” 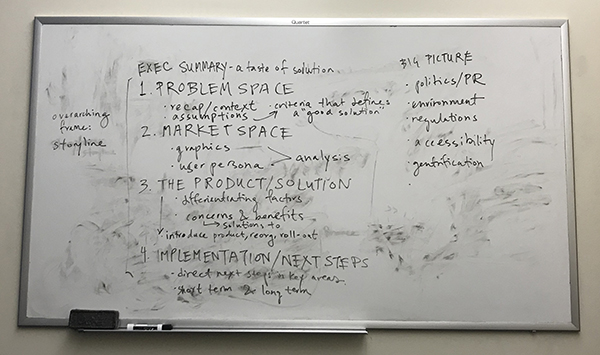 In contrast to their competitors, Team Mentzer approached the issue as developing a product that would not only appeal to tech geeks, but to all types of drivers and passengers.

“In design, we learned a lot about designing for accessibility,” Zhu remarked. “We pitched a plan that centered around designing for the accessibility market given that it not only targets an underserved group, but also helps improve the overall user experience.” While there was some concern from the judges if designing for accessibility would limit the reach of the product, the team insightfully countered that an accessible approach might broaden the appeal of a product, citing the example of OXO Good Grips as a product designed for people with arthritis that eventually appealed to the mass market.

When the winners were announced, Team Mentzer felt excited and pleasantly surprised. “We were shocked. We were beyond words. It was amazing,” says Luong. “As design students, we believed it was near impossible to win a competition other majors, such as business, [had trained for.]” 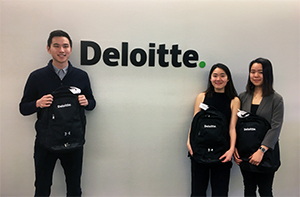 The team credits their win to their design education and background. “What I learned over the last two years is that design at CMU is so much more than just learning a skill set,” says Zhu. “It's about developing a mindset that can be applied across a plethora of interests whether that be in a business case competition or in a creative context.”

“Coming to Design, you will be encouraged to continuously challenge what is common belief and status quo,” added Luong. “You will be taught and given the tools in which to enact this desired change.”

Shei touched upon the benefits of CMU’s interdisciplinary environment.

“Classes outside the School of Design have enabled me to learn about rapid prototyping, using high-quality laser cutters, SLA 3D printers, and other tools to develop form in relatively high fidelity,” said Shei.

“My time here at the School of Design is truly one that is incomparable to that of many other department programs, or college experiences,” said Zhou. “I feel really close to a lot of my classmates and am constantly being pushed to expand upon my limits.”

Team Mentzer, as well as an advisory CMU alumni and Deloitte consultant, will be travelling to Deloitte University in Westlake, Texas to compete from March 7th to March 10th in Deloitte’s national case competition to represent CMU against more than 18 other schools.

For more information about our BDes Program >>