Jonathan Chapman on "Designing for the Circular Economy" 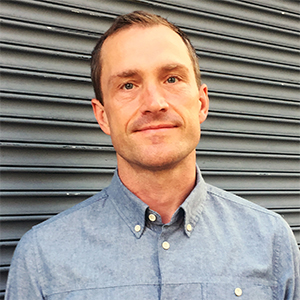 Carnegie Mellon University’s School of Design’s Jonathan Chapman recently published a chapter in the book Designing for the Circular Economy. The book features a collection of essays from different contributing authors worldwide who have views on the circular economy.

The circular economy is a design strategy that emerged from sustainable design. According to Chapman, in a circular economy, “anything that comes out of the ground continues to have use, and there is no such thing as waste, just stuff in the wrong place.”

“In a linear economy, we extract resources, turn them into materials and products, and they are sold and valued for a very short time,” said Chapman, who currently serves as the Director of Doctoral Studies at the School of Design. “Then, often these materials and products end up back in the ground again. Whereas a circular economy tries to bring those two ends together.” 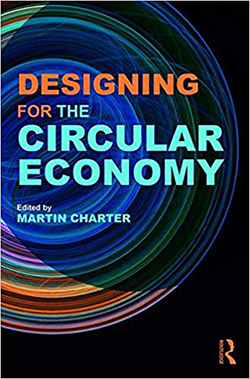 In Designing for the Circular Economy, Chapman’s chapter is titled “Dislocated Temporalities: Valuing difference and working together.” Stemming from his experience working with global businesses like The Body Shop, a UK-based cosmetics company, Chapman explores the circular economy as a design principle in contexts like packaging, product and retail design. He pairs a theoretical discussion of the principles of designing for the circular economy with examples of the way global businesses lead research in this fast growing area.

"The chapter discusses the current mismatch in the way we think about designing for the circular economy from academic, industrial and policy perspectives," said Chapman. "At universities, we seem to work in a slower, deeper way. In businesses, they seem to work in a faster, shallower way. They cover huge amounts of ground but not to any extensive depth, whereas universities don't cover so much ground, but go really deep."

He continued to explain that when collaboration between academics and people in the industry break down, it’s often because both sides “fail to not appreciate each other’s temporalities.” The word “temporalities” signals the idea that both parties work and think in different ways, at different speeds, and toward different time horizons. He noted that this dynamic is not a negative thing, but something important to explore together, if meaningful commercial partnerships are to be established and sustained over time.

This exploration and discussion is alive and well here at Carnegie Mellon University. “Here in the School of Design, students and faculty alike pioneer new thinking in relation to designing for a circular economy,” Chapman said. “We are all concerned with the socially and ecologically destructive character of our linear economy, and work to challenge such outmoded models of design, production, and consumption.”

Order your copy of Designing for the Circular Economy >>

Learn more about the Doctoral Program at the School of Design >>