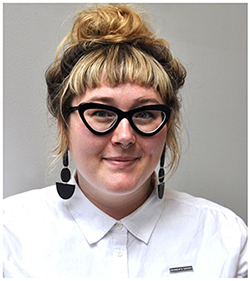 E.Louise Larson, an incoming Master of Arts student at Carnegie Mellon University’s School of Design, was recently named one of the 22 people “building the future in Pittsburgh” by The Incline. Larson is one of The Incline’s second Who’s Next: Technology class. Larson co-founded Prototype PGH, a feminist maker space in Pittsburgh’s Oakland neighborhood, in 2016.

Originally a shared studio with Larson’s friend and co-founder, Erin Gatz, Prototype PGH was born of the idea that “we are constantly prototyping the kind of world we want to live in.”

“Our mission is to increase gender equity in the Pittsburgh technology and entrepreneurship sectors through hands-on making, low-cost workshops, and a network of support,” said Larson. 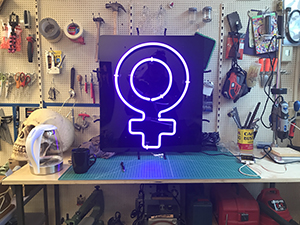 “Prototype PGH grew out of our observations of inequity in the maker movement and the underrepresentation of women in tech nationally,” added Larson. “As women in tech, we have our own first-hand accounts of gender discrimination in the workplace. There is ample research to suggest we aren't alone. Studies such as Elephant in the Valley found 84% of women were identified as ‘too aggressive in the workplace’ while 88% of women have experienced subconscious bias where clients address male colleagues instead of them. As a result, almost half of women leave their STEM jobs due to these hostile work environments. 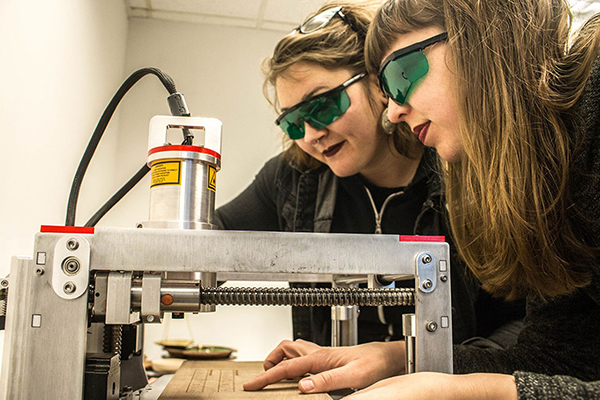 For Larson, the ability to design and make are guided by our ethics.

“Design and making are similarly ethical questions that reveal the deepest needs of our society, said Larson. “The importance of these two fields is in their ability for us to better understand the context in which we are making and designing.” 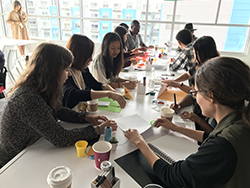 When making the decision to attend the School of Design, Larson realized that the design tools offered by the program, as well as the robust faculty and focus on Transition Design, would be ideal in helping her further her professional practice.

“I'm a systems thinker with a macro approach to problem solving,” said Larson. “The tools of Design that are meant to organize answers to big questions and inform better solutions. These tools will become invaluable as I incorporate into my own practice and career.”

After her time in the MA program, Larson looks forward to pursuing her PhD to study the types of interactions that take place at Prototype PGH.

“This research would help the organization better understand how to execute its mission, support its members, and cultivate standards of practice for makerspaces and women in the tech,” said Larson.

Larson joins more than 250 young PIttsburghers as honorees of The Incline’s Who’s Next series, presented by S&T Bank.

Learn more about The Incline's Who's Next series >>

More info about the School of Design's MA Program >>