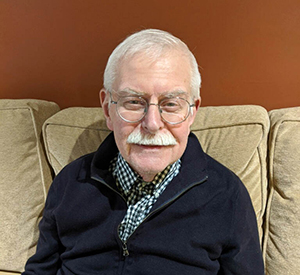 With deep and profound sadness, the School of Design has recently learned of the passing of Professor Emeritus Bob Swinehart at the age of 78. Bob taught at Carnegie Mellon University’s School of Design, primarily in the areas of graphic and communication design, from 1974 until he retired into emeritus status in 2010.

During his time at Carnegie Mellon University, Bob, who earned a BFA from Kent State University and a MFA from Northern Illinois University, served as an instructor, a full professor, head of the Graphic Design and then Communication Design programs, and even served as acting Head of the School from 1983-1984.

Professionally, Bob, who also served as a Captain in the US Army from 1969-1972, worked at Henry Robertz Design and World Book Enterprises, both in Chicago, before starting his tenure at the School of Design.  Bob also served as President and Vice President of the International Institute of Information Design (IIID), President and Board Member of the Graphic Design Education Association (GDEA), he sat on the AIGA National Board of Directors as the National Education Chair, and he was a lifetime honorary member of the American Center for Design. Bob even had his “Discover Design” poster added to the permanent collection of the US Library of Congress.

As we pause to reflect on the scope and impact Bob’s work made on the world of design, members of our community reminisced about Bob and his time spent with us.

Bob will be remembered fondly by all of us touched by his life and his many contributions to the School as a colleague, educator, and friend. Bob was always appreciated for his positive disposition, sense of humor and laughter, his kind and generous heart, friendly manner, and genuine care for all those around him. He will be missed. 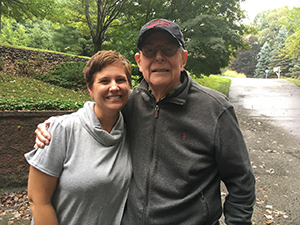 I am fortunate to have had the opportunity to know and work with Bob Swinehart over the past 25+ years. He was my teacher, my colleague, and my friend. In addition to his rosy cheeks, big smile, and hearty laugh, Bob will be fondly remembered for his immense love and knowledge of design, which he happily shared with others. In particular, Bob had an incredible command of identity design. Whenever he described the historical lineage, structural underpinnings, and contextual relevance of marks with easy authority he exuded an enthusiasm for the topic that was highly contagious. Certainly, Bob played a major role in the development of countless designers—not only by helping them learn to see and make, but by teaching them how to be thoughtful and caring people. Whether running through the airport with his students to catch a flight to Crayola headquarters for a client presentation or working with his colleagues to develop meaningful design class projects, Bob led by example. I am truly grateful for the lessons Bob taught me, which I strive to carry forward in my practice and teaching. Although he will be sincerely missed, Bob’s profound impact on the lives of all who had the honor of knowing him will surely remain.

Stuff that is inseparable from the memory of Bob Swinehart:

Bob was a great guy, a mashup of Ohio, Chicago, and Switzerland, who cared deeply about his calling and avocation. Bob was a down to earth colleague and was one of the people who rebuilt the School of Design in the mid-70s. Lived design, drove it, ate with it, wore it, wrote with it, read it. 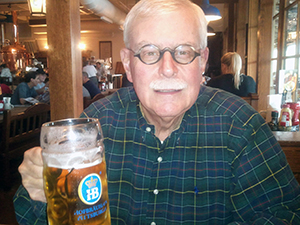 I am really thankful for my time with Bob both as his student and later as his colleague. We spent a lot of time together in the letterpress lab. He was always very supportive of my research, practice, and teaching.

Bob introduced me to his former student William Bardel, with whom I later co-authored Drawing Ideas. I wouldn’t have known or met Will any other way.

My cohort from the mid 1990s will remember our class trip to the Crayola factory and corporate offices in Easton PA - flying through the Philadelphia Airport. This was part of the Packaging class that Bob taught for many years. We nearly missed our flight home so Bob said to me and another student once we arrived at the airport- “You’re fast, get them to hold the plane.” So we ran, really fast through the airport and got to the gate as the doors were closing and then delayed and delayed and delayed until our class finally arrived. We made up this really fantastical story to the airline folks at the gate while we were standing in the doorway to the jet bridge. All the while, the airport was announcing their names individually over the loudspeaker.

Bob became an expert on identity systems, from the design of a logo to the application of that logo into a visual system. Over several decades, he researched identity marks/logos from around the world. He collected books on the subject, along with personal correspondence with leading designers in the field. He categorized the marks based on various criteria and a resulting “map” of how they related to each other is still a unique teaching aid. Bob’s knowledge on the subject, along with stories and artifacts he loved to share, became excellent resources for students and colleagues. Teaching was his passion and he was dedicated to it.

When I joined the Design Department in 1982, Bob and I taught a sophomore-level course on designing identity systems. Students sketched ideas and executed the final marks by hand, an accomplishment still to this day. Our offices in Margaret Morrison were next to each other, so I saw Bob most days, sharing a quick chat one day or lunch another day. We both were graphic designers, so we had a lot in common. He was easy going, funny, and generous. And a good friend. 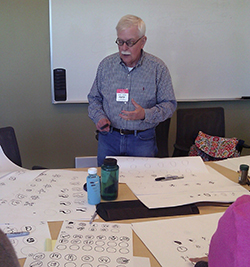 The nature of teaching encompasses dedication to prepare, show, explain, listen to, advise, guide and develop a young audience who—especially in the arts and in design—are searching for their own voice in a space that enables trial, research and exploration. Prof. Robert O. Swinehart possessed all of these qualities and cherished such an environment.

I had the privilege to meet Bob towards the end of his career at the department. The academic year of 2009/2010 was a period of transition to him, while it was an adventure abroad for me, a visiting student from Berlin. Although he did not teach a seminar, he kindly offered to supervise self-initiated projects. No credit points were involved, the opportunity was priceless. With much joy I recall many conversations in Bob’s office that slowly began to fill with packed boxes. Each one contained years of class projects, exciting results, valuable process work. We talked extensively about his teaching methods and his research on ‘house marks’, about the history of the department and his visions of future developments in information design. I will never forget the anecdote of his one-day trip to East Berlin (during the Cold War), especially his choice of words in his detailed observation. He was delighted to share these stories from his expeditions. At the same time, Bob was an amazing listener. He showed much interest in the thoughts of a young student and carefully articulated his advice. After his retirement we maintained a close relationship and met again during my later visits to Pittsburgh. An invitation to his home unfolded the most remarkable library of visual communication I had ever seen.

Bob’s academic career is impressive, the number of students he supervised in 37 years of teaching at CMU’s School of Design must be in the upper hundreds—a notable achievement. His ideas, dedication and kind nature will be remembered by us.

Bob is survived by his wife of 53 years, Suzanne Swinehart, and his daughters, Cori Swinehart Schauer (MDes '00) and Stacey Swinehart Ganderson (BA '00), both designers and graduates of the School of Design.

The School of Design extends their heartfelt condolences to Bob’s family, friends, colleagues, and all of the people Bob taught over the course of his incredible career.

He will be missed.

Eric Anderson Appointed as Interim Head of the School of Design

Please join us for another edition of our Design Lecture Series with Founder & Partner of Ammunition, Robert Brunner, on February 21, 2023 at 5:00pm EST in Margaret Morrison Carnegie Hall, Breed Hall.