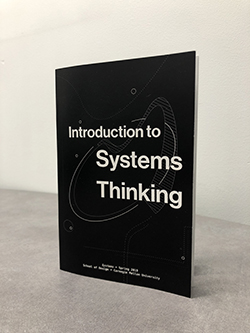 Students from Carnegie Mellon University’s School of Design recently released a booklet detailing the work they did in their course “Introduction to Systems Thinking.” The course, co-taught by PhD Candidates Sofía Bosch Gomez and Francis Carter, leads students through a range of different approaches and methods to analyzing and describing complex human phenomenon, teaches them specific systems thinking techniques and terminologies for systems analysis, and making changes that they can assess for their impacts to those phenomena.

“The Design Studies core curriculum was designed to be the backbone of a modern curriculum that would empower students at Carnegie Mellon University’s School of Design with new mindsets, knowledge, approaches and tools that they would need to tackle the unique complexities and challenges of 21st century design problems,” said Dr. Ahmed Ansari, an MDes and PhD alumnus form the School of Design and Assistant Professor of Practice at NYU's Tandon School of Engineering, from the introduction of the booklet. “As part of the School of Design’s prerogative to train a new generation of designers who could design for systems-level change and societal transitions over long time scales (transition design), Systems was designed as the core course that would expose Freshmen students to observing, analyzing, and then carefully planning and intervening in systems.” 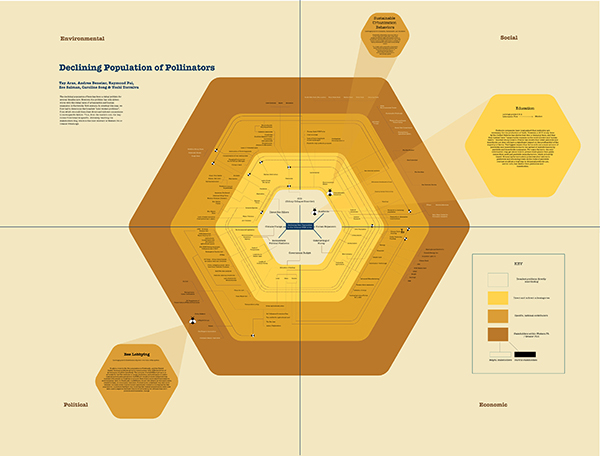 “This booklet provides an introduction to systems thinking and was developed to document the work of students exploring the intersection of systems,” said Bosch Gómez. “What is presented is an overview of a semester’s worth of work and captures everything from key terms and concepts, to a historical overview of significant systems thinkers, includes individual and group student projects.”

The course follows the path of systems from looking at the self as a system, to communities as systems, to the implementation of systems thinking to tackling “wicked problems.”

“Wicked Problems,” according to the booklet, are described as “issues that are complex everchanging, interconnected and cannot be solved through step-by-step interventions.” A key portion of the course focused on the mapping of several wicked problems facing the Great Pittsburgh area. These problems included the waste management system in the area, the declining population of pollinators and the opioid epidemic.

When looking at communities as systems, students mapped out the University of Pittsburgh Medical Center (UPMC), the NewPeople newspaper, and the journey of a scarf through the Avalon Exchange. 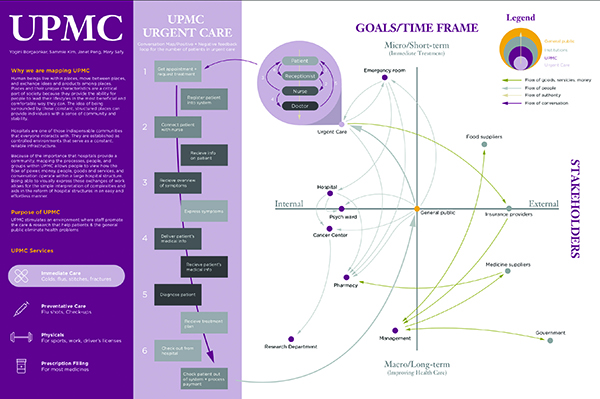 Five posters from the students in this course, as well as a paper summarizing the course’s findings will be presented at the RSD8 Symposium, starting on October 17th. The RSD 8 Symposium, at the IIT Institute of Design in Chicago, is three days exploring real-world contexts where organizational behavior, entrepreneurship, policymaking, and design are already colliding. The paper, Practice-led Pedagogy for Socio-Technical Transitions: a Case Study in Systems Thinking, written by Bosch Gómez, Carter and Ansari, makes a case for systems thinking as a core component of a new foundational curriculum for design programs interested in socio-technical transitions and long term systems-level change. 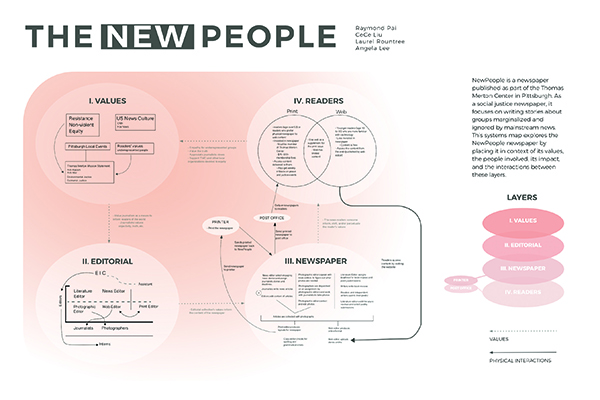 “We want to thank all the students that participated and who eagerly engaged in course material, the guest speakers who helped facilitate class discussions, the people who contributed to shaping this course and a special thanks to the team of design students who put this resource together,” said Bosch Gomez and Carter.

Introduction to Systems Thinking can be obtained in the main office of the School of Design and will be offered as a course again in Spring 2020. 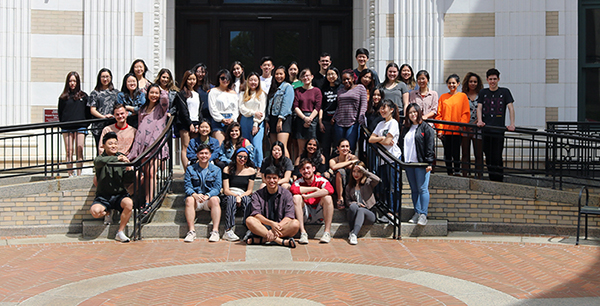 More info on the RSD 8 Symposium >>

Design Students Featured at the RSD9 Symposium
Top of Page