Tom and Constance Merriman Document "One Year in Frick Park" 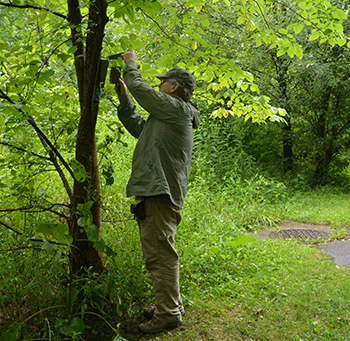 In one entrance to Pittsburgh’s Frick Park resides a new “living laboratory” called the Frick Environmental Center. Created as a public space for environmental education, it first opened its doors on September 10th of this year. Carnegie Mellon University’s School of Design teaching professor Tom Merriman and his wife, Constance, have a project currently on exhibit in the Environmental Center called “One Year in Frick Park”.

The video shown at the Environmental Center is a compilation of a year’s work capturing life in Frick Park. As one of the largest greenspaces within the city of Pittsburgh, Frick Park is often seen as a respite from city life and a place to “get away”. Instead of thinking of greenspaces and urban neighborhoods as completely separate worlds, the Merrimans hope to “demonstrate that people and wildlife co-exist in the same environments, whether those environments are wild and undeveloped, or heavily built urban areas such as Pittsburgh”. 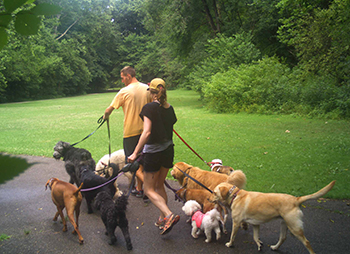 “We don’t think that the Peregrine falcons that nest on the top of the Cathedral of Learning, or the bald eagles that nest on the slope of Hays Woods between the South Side and Homestead, consider themselves to be urban birds,” said Constance, who is an adjunct instructor at Carnegie Mellon University’s School of Architecture. “They are wild creatures existing in an environment that effectively supports their needs.

“We are all in this together, and we all share the same environment.”

To learn more about how people and animals use the 644-acre greenspace of Frick Park, the Merrimans set up a motion-activated camera at five unique sites: a coppice, a hilly trail, a stream crossing, a vernal pool and a maintained field. 4000+ images later, the Merrimans had documented the presence of both humans and animals at multiple landscapes over the course of a year.

The video on display as part of the exhibit only include about 800 of their images and they hope to study all the images to learn more about the animals’ behavior, from which new projects may stem. 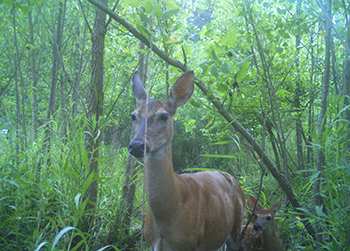 The Merrimans have long been interested in the intersection of the natural and manmade worlds. Tom and Constance were fellows at the Frank-Ratchye Studio for Creative Inquiry within CMU’s College of Fine Arts, where they explored the role of artists in environmental and social justice concerns. Working alongside communities, scientists, activists, and politicians, they create works that keep in mind various stakeholders’ perspectives on many environmental issues. With future works, they hope to continue raising awareness of the importance of urban greenspace.

“One Year in Frick Park” is currently on display in the Frick Environmental Center.