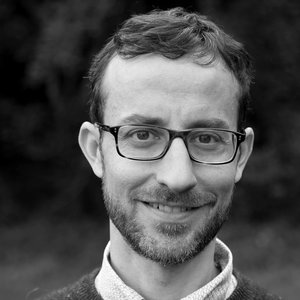 Stefan Gruber is a registered architect and Associate Professor in the Carnegie Mellon School of Architecture. He serves as Track Chair of the Master of Urban Design (MUD) program.

His work spans architectural design, urbanism and research with a particular focus on spatial practices and the political as articulated through the negotiation of top-down planning and bottom-up transformations of cities. Recent projects investigate our shifting notions of ownership, incited through new technologies and practices of commoning, and the reclaiming of the economies of sharing. His work explores emerging spaces and communities performing beyond the dichotomy of private and public.

Stefan previously taught at the Academy of Fine Arts Vienna from 2006 to 2016, where he directed the platform for Geography, Landscape and Cities. As the deputy head of the Institute for Art and Architecture from 2007 to 2011, he developed and implemented the school’s new B.Arch and M.Arch curricula.

Stefan founded STUDIOGRUBER in 2006. Realized projects include the Lecture Pods Semper Depot, a finalist for the Federal Austrian Design Prize and the Contract World Award, the Wishing Table, an installation in collaboration with artist Ursula Achternkamp and gardener Klaus Fischedick at the Stiftung Bauhaus Dessau, as well as winning competition entries including one for the Europan 11 in Graz and for the cultural institution SCHUNCK* in Heerlen in the Netherlands. In 2010, STUDIOGRUBER was selected as one of twelve promising Young Viennese Architecture firms (YoVA3), as well as an emerging design talent from the Meuse-Rhine region (ROOTS). From 2002 to 2006, Stefan worked for Diller, Scofidio + Renfro, working on the redesign of Lincoln Center’s public spaces and Alice Tully Hall, among other projects.

Together with Anette Baldauf, Stefan initiated Spaces of Commoning, an interdisciplinary research project on commoning, artistic practices and the city, funded by the Wiener Wissenschafts and Technologie Fond for two years and documented in the eponymous book (Sternberg, 2016). Other book publications include a social fiction The Report (MAK, Museum for Applied Arts Vienna, 2015 with STEALTH.unlimited and Paul Currion); Big! Bad? Modern: Four Megabuildings in Vienna (Park Books, 2015 with Antje Lehn, Angelika Schnell et al.); and Vienna: Slow Capital (Academy of Fine Arts Vienna, 2011 with Lisa Schmidt-Colinet). His writing has appeared in Arch+, Le Monde Diplomatique, Bracket and MonU - Magazine on Urbanism, where Stefan serves as an advisor to the editorial board. Stefan’s research was awarded a Margarete Schütte-Lihotzky Stipend and an Akademie Schloss Solitude residency. He was a Cusanuswerk fellow from 1996 to 2001.