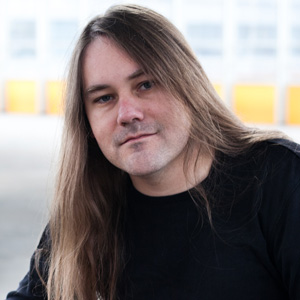 Joep Frens is a designer/researcher from the Netherlands. He holds a master degree in Industrial Design Engineering from Delft University of Technology and a doctoral degree from Eindhoven University of Technology on a thesis called: ‘Designing for Rich Interaction: Integrating Form, Interaction, and Function’ (2006). Currently he is assistant professor in the ‘Designing Quality in Interaction’ group at the same university. He teaches several courses at bachelor and master level and supervises several PhD students.

In his teaching and research Joep tries to bring together two of his fascinations: the question of how to design for (growing) systems and the power of making as a physical way of thinking. He takes a hands-on approach and is well versed in the research-through-design method. He regularly gives workshops on cardboard modeling and runs a website around the technique.

Before his doctoral research he spent a year at the Swiss Federal Institute of Technology in Zürich (ETH), and after he has been invited to teach and lecture in the USA (CMU), Germany (HFGSG, FHD), South-Korea (KAIST), China (Tsinghua University, Jiangnan university), Belgium (UA) and at several universities in the Netherlands.