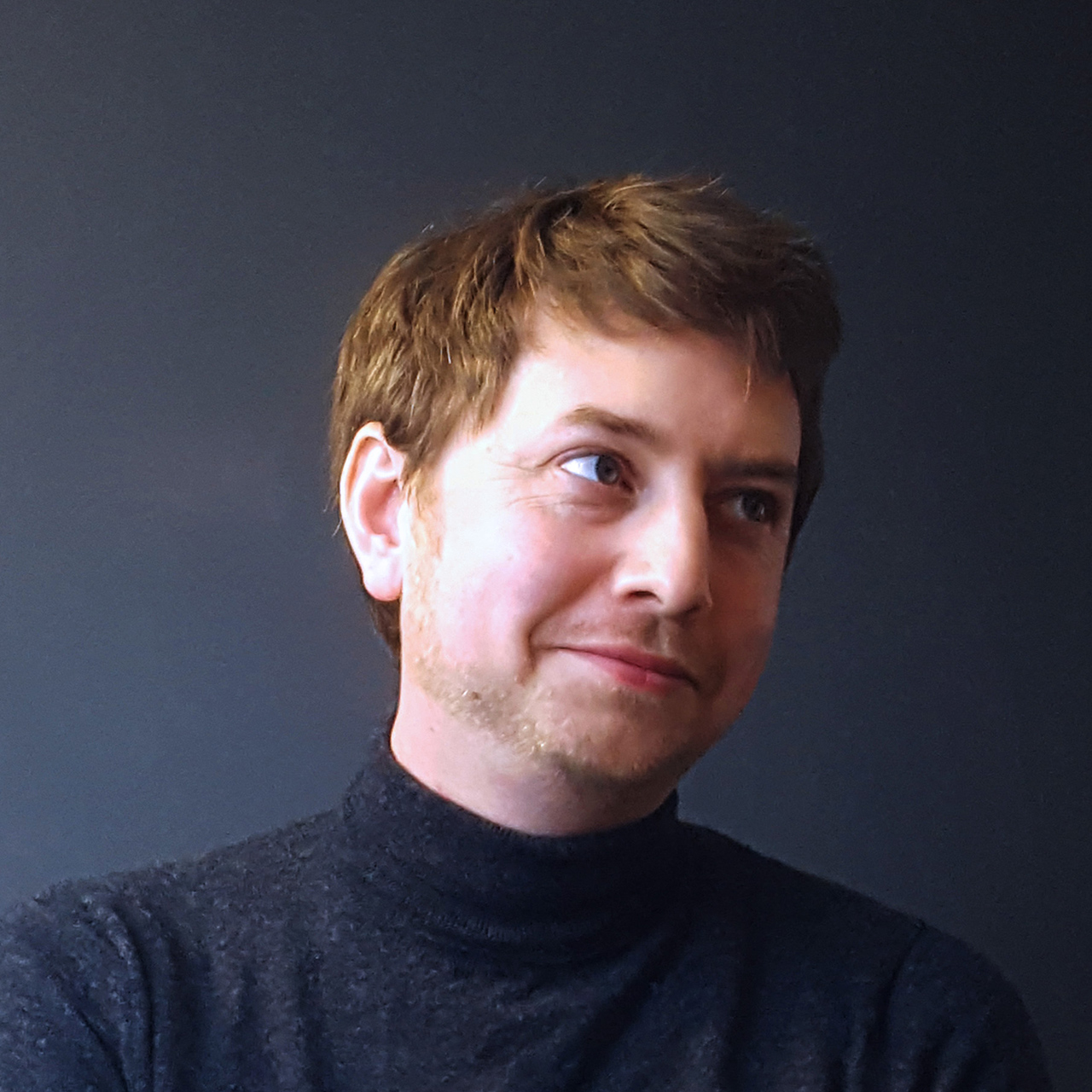 Dr Dan Lockton is an interaction designer and researcher. He is Assistant Professor in the Future Everyday group, Industrial Design at Eindhoven University of Technology, Netherlands.

From 2016 to 2020 Dan was Assistant Professor in the School of Design at Carnegie Mellon, where he established the new Imaginaries Lab and was Chair of Design Studies from 2017–20. Dan is an elected member of the Design Research Society's International Advisory Council from 2020–2026.

Dan was also a Faculty Affiliate of the CMU Center for the Arts in Society and the CMU Scott Institute for Energy Innovation. He has been a visiting tutor in Innovation Design Engineering at the Royal College of Art, London, and is a Fellow of the Royal Society of Arts. He is a founding member of the Plurality University Network, a Paris-based international collective of designers, futurists, and science-fiction writers. 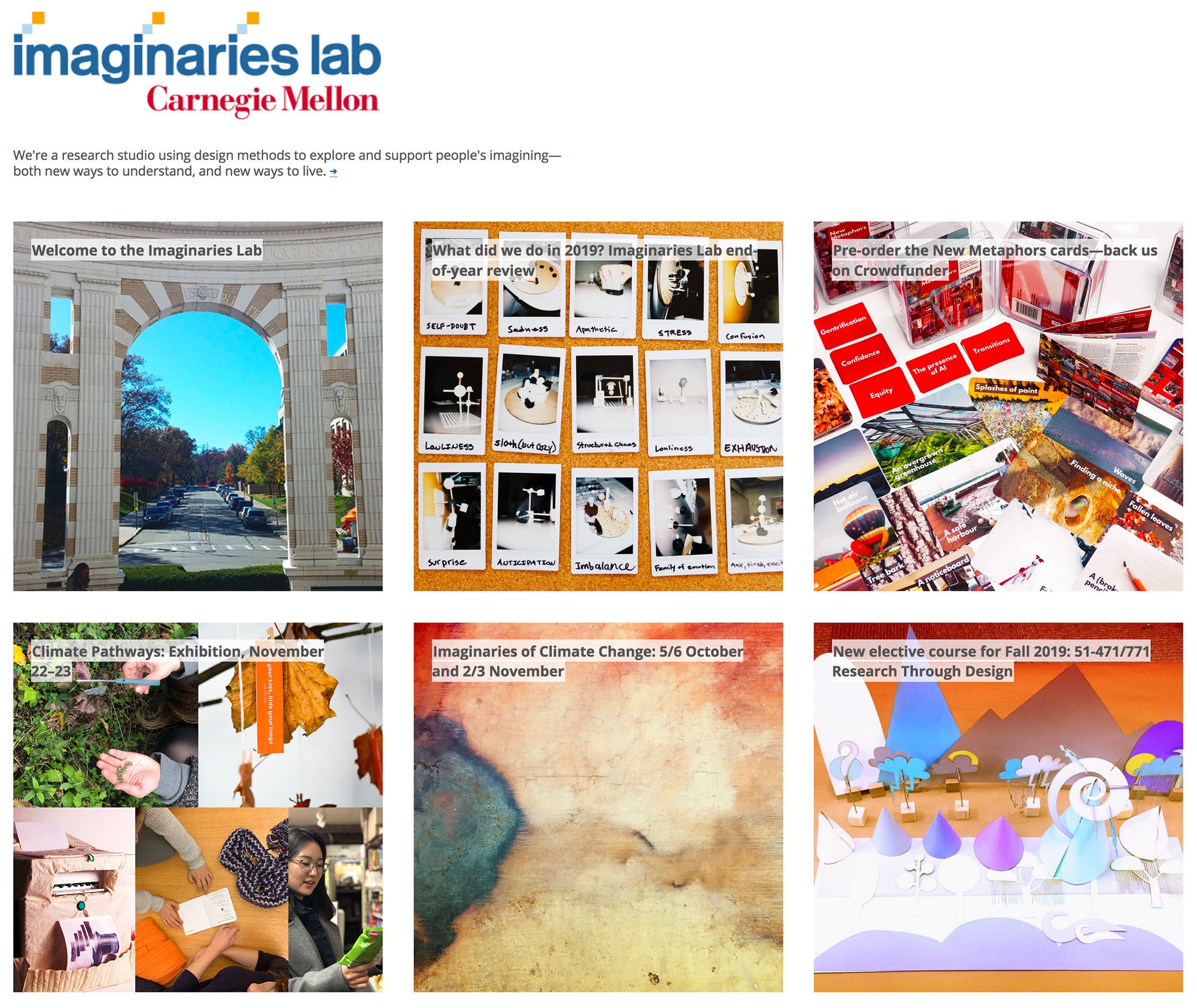 Dan is creator of the Design with Intent toolkit (Equifine, 2010)—which has been widely adopted by educators, researchers, designers and businesses worldwide—and New Metaphors: A Creative Toolkit for Generating Ideas and Reframing Problems (Imaginaries Lab, 2019). He is an editor of Living Labs: Design and Assessment of Sustainable Living (Springer, 2016); he led the editorial team for Creative Citizens’ Variety Pack: Inspiring Digital Ideas from Community Projects (RCA, 2014); is a co-author of Drawing Energy: Exploring Perceptions of the Invisible (RCA, 2015); and is author of Rebel Without Applause (Bookmarque, 2003), a history of the Reliant Motor Company.

He regularly publishes in international academic journals and at conferences, in design, HCI, and related fields, and has been a member of program and review committees for events including CHI, DIS, DRS, and EPIC. He is a regular reviewer for leading academic journals including ACM Transactions on Computer-Human Interaction and the International Journal of Design, and has been a grant reviewer for funding bodies including the Engineering & Physical Sciences Research Council, EU Horizon 2020 Future & Emerging Technologies Programme, RCUK Sustainable Society Network+, and Fond National de la Recherche (Luxembourg). He maintains an active engagement with professional interaction design practice through delivering keynotes and workshops at industry events around the world, including IxDA Interaction, UX London, UX Lisbon, and Interaction Latin America. Dan was a jury member for the IxDA Interaction Awards 2019 and is co-chair of the student design competition for ACM DIS 2020.

In his time at CMU from August 2016 to December 2020, Dan taught at doctoral, Master's, and undergraduate levels, including in the Design for Environments track. In addition to his work at TU/e, Dan currently advises two PhD candidates at CMU (and one at the RCA in London) as well as two CMU MDes thesis students. He has successfully supervised / advised nine PhDs to completion (at CMU and the RCA) as primary advisor or committee member, and been an external examiner for PhDs at Monash University and Loughborough University.

The Imaginaries Lab uses 'Research Through Design' methods to explore and support people's imagining—both new ways to understand, and new ways to live, now and in the future. Current areas of research include development of new metaphors for understanding phenomena and creative inquiry, exploration of more qualitative forms of interface design, materialising mental models and mental imagery through physical models, and a project in collaboration with Philips developing design probes for investigating ecologies of sleep, wellbeing, and mental health.

In his research career, Dan has specialized in the links between design, understanding, and human action, particularly in relation to social and environmental benefit, drawing on influences from a range of fields including ergonomics and human factors, behavioral and decision sciences, human-computer interaction, pattern languages, and cybernetics. He is interested in questions of how we interpret, imagine and interact with the world—institutions, the environment, cities, infrastructures, technologies and complex systems around us—how they, in turn, model us, and what the consequences could be for design which seeks to enable human agency as part of transition to more sustainable futures. He is currently writing a practitioner-focused book on these topics.

Dan’s students’ research projects have covered topics including: second-order cybernetics, algorithms and the Internet of Things; design for behavior change around product repair; and applications of synaesthesia in design. His own research focuses on exploring people’s understanding of systems from the environment to government, novel interfaces for energy monitoring and other systems in the home, including sonification and the notion of qualitative interfaces, and more nuanced approaches to ‘behavior’. Much practical work centres on in-context research with people, including the use of products, services and built environments, with a focus on practical prototyping and co-creation.

Between 2013–16, Dan worked at the Royal College of Art, London, first as a senior associate at the Helen Hamlyn Centre for Design’s Work & City and Age & Ability Labs, and then as a research tutor in Innovation Design Engineering and for other doctoral programs, supervising and advising PhD researchers. He was also a guest tutor in the Master's programs in Information Experience Design, Textiles, Global Innovation Design, Design Products and Service Design, and part of the RCA’s External Education projects in Sweden, Qatar and the UK. Dan remains a visiting tutor at the College supervising PhDs. Before the RCA, Dan was a research fellow in Experiential Engineering at WMG, University of Warwick (2011–12) and a research assistant and lecturer in Environmentally Sensitive Design at Brunel University (2010–12).

Dan has been a researcher or investigator on projects bringing together design with societal, community and environmental challenges, including: Legible Policy (2015–16), with Laboratorio para la Ciudad Mexico City, Superflux and the Future Cities Catapult; SusLabNWE (2013–15), a European Union ‘living lab’ collaboration led by TU Delft; Media, Community & the Creative Citizen (2013–15), a Research Councils UK Connected Communities project; Creating Sustainable Innovation through Design for Behaviour Change (2014), funded by the Arts & Humanities Research Council; and Empower (2010–12), a collaboration between Brunel University, University of Warwick, startup CarbonCulture and the Department of Energy & Climate Change, funded by the UK Technology Strategy Board. In 2015 Dan was interim project manager for the RCA's role in GATEway, a driverless vehicle research program.

Dan has a PhD in Design from Brunel University (2013), during which he developed the Design with Intent toolkit; a Cambridge-MIT Institute Master’s in Technology Policy from the University of Cambridge (2005); and a BSc in Industrial Design Engineering from Brunel’s former Runnymede design school (2004). Before returning to academia, Dan worked in industry on a range of product design projects, including R&D for Sir Clive Sinclair (on mobility products and some unusual folding bikes), and also wrote a book on the Reliant Motor Company, Rebel Without Applause (Bookmarque, 2003). He regularly speaks and runs workshops at industry events (design, user experience, built environment) and academic conferences, and has done visiting teaching and lectures for a range of institutions, including Rice University (Copenhagen summer program in Engaged Urban Research Methods, 2015 and 2016), London College of Communication’s Speculative and Critical Design summer school, Central Saint Martins College of Art & Design, Copenhagen Institute of Interaction Design, Kingston University’s MA in Creative Industries, and the University of Cambridge Judge Business School (MPhil Technology Policy).