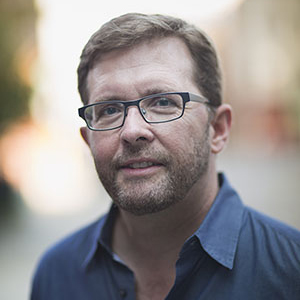 Alex Wright has led design and research teams for over two decades at companies including Instagram, Etsy, The New York Times, and IBM. His research focuses on bridging theory and practice, through developing a curriculum to help UX designers and researchers embed long-term thinking into their professional practices.

Alex has also written two books on the history of the information age, most recently Cataloging the World: Paul Otlet and the Birth of the Information Age. His first book Glut: Mastering Information Through the Ages, was hailed by the Los Angeles Times as “a penetrating and highly entertaining meditation on our information age and its historical roots.” Alex’s writing has also appeared in The New York Times, The Atlantic, The Believer, Salon.com, The Wilson Quarterly, and Harvard Magazine, among others.

From 2008-2014, Alex taught at the School of Visual Arts’ MFA program in Interaction Design. He has also guest-lectured at Stanford University, UC-Berkeley, Columbia University and The Institute of Design-Chicago, and speaks regularly at industry conferences and events. His work has won numerous industry awards, including two Webbies, the PRSA Silver Anvil, and an American Graphic Design Award.