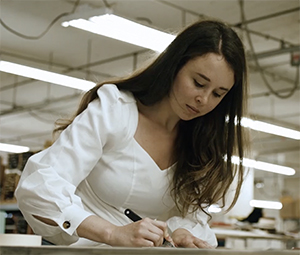 Alanna Fusaro, an alumna of Carnegie Mellon University’s School of Design (BFA ’14), recently founded and launched VICE VERSA, a shoe brand specializing in heels that fold into flats. The shoes, which “walk the fine line between engineering and fashion,” were the result of a design process that included trips to factories around the world, CAD modeling, 3D prints and mechanical quality testing with Boeing engineers.

“Foldable high heel shoes was an idea I've had on and off for years and kept putting on the backburner because I couldn’t quite crack the formula of making it both fold safely and look cute,” said Fusaro, who has worked as a Product Designer for companies like 4moms, Macy’s and Bath & Body Works. “It wasn’t until I was living in New York and going out frequently in heels that I had many special occasions cut short because my feet were in pain and I found myself daydreaming how great it would be if they could fold to flats.

“I saw this product as an opportunity to build the footwear brand I always wished existed. A brand with functionality, a source for inspiration, thoughtful design, accessible.”

“It started off with ripping apart shoe prototypes, refreshing my CAD skills and experimenting with ideas though 3D prints,” said Fusaro. “I got into the cadence of 1 prototype per week and during downtime I would cold call factories. I even made trips to Europe to interview and tour potential vendors.”

Although there have been attempts at convertible heels throughout the years in the fashion industry, no product has achieved the form and function that the VICE VERSA heel possesses. 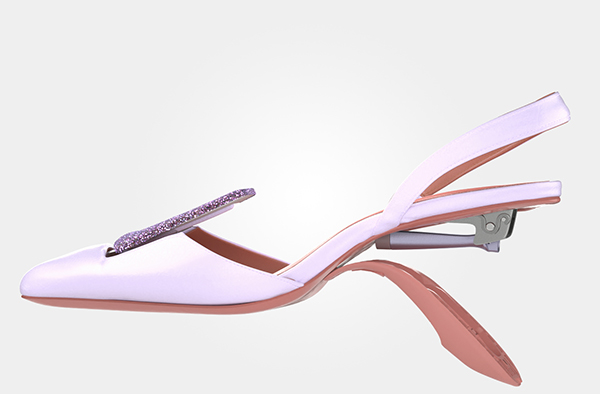 “After a deep research I realized a product like this needs 3 things to work,” added Fusaro. “The shoe needs Industrial Design Excellence. This product can easily go to a kitschy or clunky space - in which case most women would opt for a pair of flats instead.

“There has to be a focus on mechanical engineering,” continued Fusaro. “A heel on a hinge acts as a lever and by the time weight multiplies down it, it is supporting 1000+ lbs. It took us many, many iterations to make a heel that is compact, safe, and without wiggle!

“Finally, you have to consider your brand. This is a fashion company after all. Perfectly executed shoe styles and brand identity are table stakes.” 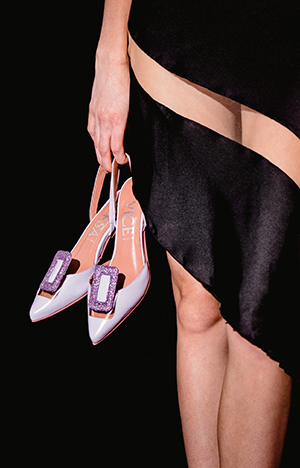 After a year, a working prototype of the VICE VERSA shoe was accepted into Carnegie Mellon University’s Venture Bridge program. Post CMU, Fusaro’s continued improvements to the product, supply chain and brand, as well as investments into tooling and patents, led to the launch of VICE VERSA's convertible heel pre-order this past November.

Fusaro says her folding heels were highly informed by her time at the School of Design and embodies a lot of the design principles she gained while learning there. Her favorite memories include designing furniture with Tom Merriman, learning how things are made with Wayne Chung, and her years designing and producing the Lunar Gala.

“One of the most impactful things the School of Design has done for me was surround me with some of the most talented people I've ever met - my classmates,” said Fusaro. “In classes I was motivated to raise my skill level to be on par and it paid off. I left with the ability to iterate like no other, a discerning eye for spotting even the smallest compositional errors and a network of classmates that I still lean on for career and start-up advice.

Along with the current heels available, customers can look forward to additional colors, future styles and continued engineering updates for the shoe. Preorders are available now from VICE VERSA’s website.