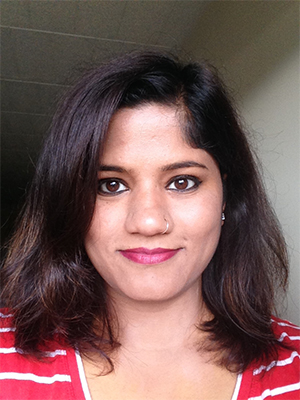 Her work focuses in the area of Speculative and Critical design, an intellectual branch of design concerned with the power of artifacts to question the cultural norms of a society and provoke discussions and debates about the probable future.  The term “Critical Design” was popularized by Anthony Dunne in his book “Hertzian Tales.” and later on the term ‘Speculative Design’ was coined in the book “Speculative Everything: Design, Fiction and Social Dreaming”. Speculative Design is concerned with speculating social impact of emerging technologies through designed artifacts in the near future. 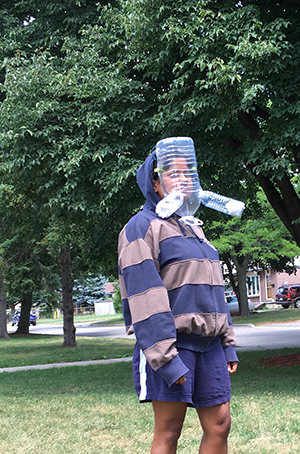 She said objects created with the concept of critical design in mind are used to reflect how social, economic or political actions could result in dystopic futures, thereby helping people question current practices. She warns us the pitfalls of this practice by bringing to attention that “such dystopian fictions are often catered to privileged audiences and could actually be the representation of lived realities in many parts of the world.

“Design has been instrumental in changing the world and our daily practices but, as a consequence, has reinforced the status quo that has left many communities and their practices on fringes of the mainstream design practice,” Butoliya said.

Questioning and challenging the critical approaches in Design, was her inspiration when she co-curated “Climactic: Post Normal Design,” a recent exhibition at CMU’s Miller Gallery. The Exhibition was aimed to reimagine the engagement of political and critical practices with Design. The exhibit was the result of a six-month long collaboration to explore alternate models of Design. This exhibition was connected to the Speculative Critical Design Class at CMU taught by Butoliya. Co-curators were Ahmed Ansari, a Ph.D. student in design studies; and Katherine Moline, a senior lecturer at the University of New South Wales and colleague of Cameron Tonkinwise, former head of the PhD program at the School of Design.

“‘Climactic’ was curated with the lens of bringing in alternative critical practices in design that are subversive, political and have the affective power of critique through examples from all over the world,” she said.

One of Butoliya’s contributions to the exhibit was a homemade gas mask. The mask, made from household objects, highlights another aspect of Butoliya’s research — called “Jugaad,” a Hindi word for “quick fix or improvisations by what one has at hands.”

“Artifacts like this one — several versions of which have been seen in political protests all over the world — are proof of how democratic-making practices empower the people with limited means and represents political and critical engagement of design with complex problems facing the world,” Butoliya said. 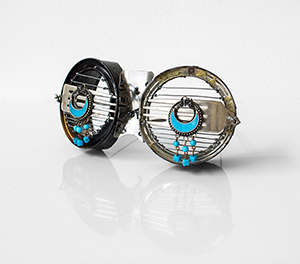 Butoliya calls such making practices, Critical Jugaad which serves as a new form of critical investigation in Design represents survival with embodied critique.

Another artifact that highlighted the power of critical Jugaad was Cyrus Kabiru’s eyewear. Made from found objects, the eyewear is a critique of the economic situation in Kenya, as well as a redefinition what fashion means from perspectives of the societies at the fringes of modern world-systems.  It’s an example of how designers are playing an important role in anticipating how we could live, Butoliya said.

“If design community starts consciously addressing the issues of human condition with pluriversal perspectives through a more engaged and inclusive design practice, we can bring forth real change,” she said.

Learn more about the School of Design's PhD Program >>