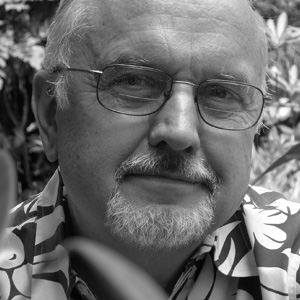 Joe Ballay is Emeritus Professor of Design and a former full Professor in the School of Design. Before and after his retirement in 2001 he has been an active citizen of the School and a international spokesman for the importance of design in everyday life. Coming to CMU in 1970 as Head of the College of Fine Art’s recently created Department of Design, he rebuilt the Department’s focus, curriculum, and administration, giving it essentially the organization under which it now operates as one of CFA’s five Schools. In 1985 Joe returned to full time teaching and research and, shortly thereafter, was active in founding the College’s Center for Art and Technology.

In 1989, along with two CMU colleagues from Psychology and Computer Science, Ballay founded MAYA Design, Inc., an interdisciplinary design consultancy, applying design theory and practice to complex contemporary problems that stress both advanced technology and intimate human use. Following his retirement from CMU, MAYA became the focus of Joe’s professional practice. In its 23 years so far, MAYA has transformed itself into a ‘technology design lab’, has spun off four other companies, and has grown to 50 people.

The Art-Science axis has been a persistent theme in Ballay’s professional life. His first degree was a BS from Carnegie Tech in 1960, followed by a BFA in industrial design from the University of Illinois two years later. While on the faculty of the University of Cincinnati’s Department of Industrial Design, he developed his interdisciplinary vision of design as a fundamental human activity that draws from many bases of skills and knowledge. In 1968 he returned to Carnegie Mellon to immerse himself in a uniquely structured graduate study involving equal parts Graphic Design, Cognitive Psychology, and Computer Science. As a design leader, Joe’s goal has been to play down the superficial divisions between design specializations – e.g, graphic design or product design – and instead to build a foundation for design on the many creative, problem solving traditions in the arts, science, technology, and the humanities. This vision has influenced every aspect of his academic and professional life: teaching, research, building, and heading Design’s presence on the CMU campus.

In addition to his leadership at MAYA, Ballay continues to teach on a visiting basis. His focus: a resurgence of the importance of form in the full range of the products and experiences that people encounter everyday. The students draw, model, calculate, and discuss many factors which influence form – the means by which people perceive form, represent form, develop form, and make associations to form. Joe’s courses and workshops have been incorporated in design programs at Lund University in Sweden, Samsung in South Korea, Virginia Tech, and Georgia Tech.