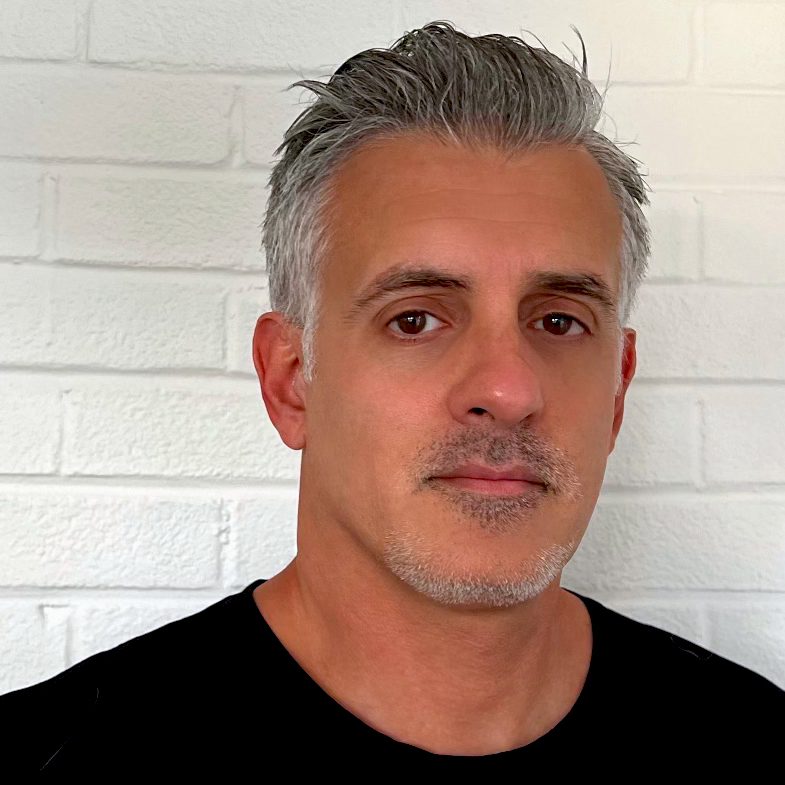 Mark Baskinger is an Associate Professor and Chair of Product Design in the School of Design whose research interests include new paradigms for interactive objects, durational design, and methodologies for visual thinking.

He currently teaches across all levels of the BDes curriculum including Visualizing (Design Drawing), Product Design Studios, and special electives courses in addition to advising master's and doctoral research projects.

Mark is a fellow in The Frank-Ratchye STUDIO for Creative Inquiry at Carnegie Mellon, a laboratory for atypical, anti-disciplinary, and inter-institutional research at the intersections of arts, science, technology and culture. Since 2010, he has co-directed the MoonArk project (@CMU_MoonArk), cultural payload on the first commercial lander headed to the Moon in early 2023. Designed to endure the harshest conditions of space for hundreds of thousands of years, the MoonArk is a highly collaborative and massively integrated object intended to spark wonderment through poetically entangled visual narratives of the arts, humanities, sciences, and technologies. Fabrication of the MoonArk has instigated original innovation in digital fabrication techniques and ultra-high resolution imaging, and many developments in material science, technology, and the arts, engaging colleagues across the world in inspiring ways. The project has brought together 18 universities and organizations, 11 units / 27 faculty and staff / 97 CMU alumni and students, and collectively over 250 contributing artists, designers, educators, scientists, technologists, choreographers, poets, writers and musicians across 20 countries.

His work has been featured in design publications and international magazines and has been exhibited at the Centre Pompidou (Paris), the Museum of Modern Art (New York), I-Space Gallery (Chicago), Krannert Art Museum (Illinois), Miller Institute of Contemporary Art (Pittsburgh), Carnegie Museum of Natural History (Pittsburgh), Galeria Miejska bwa w Bydgoszczy (Poland), Vasarely Museum (Budapest), Tojo House (Japan), Supercollider (Los Angeles), among others. His work is also included in the permanent art collections of the University of Illinois, Carnegie Mellon University, and the Smithsonian Institution; and his craft-based objects are sold exclusively through Contemporary Craft in Pittsburgh. Reliefs II, a highly intricate sculpture of five 12' panels, is prominently featured in the atrium of the Tepper School of Business.

He has won numerous design awards from ID Magazine and the Industrial Designers Society of America (IDEA), and personally holds five U.S. design patents in addition to being associated with many design and utility patents for his product development consulting. Mark was the 2010 recipient of the prestigious Henry Hornbostel Teaching Award at Carnegie Mellon and was also recognized by the Design Intelligence Journal as one of the 'Most Admired Industrial Design Educators' in the US. His work has been featured by CNN, NPR,  Popular Science, Smithsonian Magazine, Popular Mechanics, Vice, France.tv, and Wired, among others.

Mark is also co-author of Drawing Ideas®: a hand-drawn approach for better design published in 2013 as the first design book for Watson-Guptill, a division of Penguin-Random House (now under the Ten Speed Press imprint). Currently in its seventh printing, Drawing Ideas is now published in Spanish (Dibujar las Ideas) and has become a staple textbook for many design programs. An international speaker and workshop leader, he conducts Drawing Ideas®  and Design Thinking workshops in conference and business contexts where he makes design methods accessible to a broader audience and demonstrates strategies and techniques for using visual thinking to foster collaboration. In this capacity he has conducted over 65 workshops with Fortune 500 companies, independent design and technology firms, academic programs, and conferences.

As a thought leader in interaction design, he has published papers and articles on the language of designed artifacts, inclusive/universal design, visual “noise” in product design, tangible interaction, UX, and methodologies of visualization. Mark was also a contributing author for UX Magazine writing key articles that connected the emerging field of interaction design to foundational design practices. As a strong advocate for design within the tech industries, Mark served as the co-chair for the design community of CHI2009 in Boston and co-chair for the studios and workshops track for TEI 2016: 10th International Conference on Tangible, Embedded and Embodied Interaction (Netherlands) where he amplified the presence of design practice and pedagogy.

Mark has played a key role in collaboration with many units on campus, including: workshop leader for the Tepper School of Business, industrial design consultant to the Disney Research interaction design group, researcher and founding design member of the Quality of Life Technology Engineering Research Center through Carnegie Mellon University and the University of Pittsburgh supported by NSF, design consultant to CMU Robotics Institute, core faculty member of the former Master of Tangible Interaction Design (mTID) program through CMU School of Architecture, affiliate faculty member and master's project advisor for the Human-Computer Interaction Institute (HCII), affiliate faculty for the Heinz College, and researcher with the d.search-labs a partner experimental design laboratory at the Technische Universiteit Eindhoven, The Netherlands (TU/e).

Prior to joining Carnegie Mellon, Mark was creative director at Corchia Woliner Rhoda in New York City, was the lead designer at the Wildlife Conservation Society / Central Park Zoo - Exhibits and Graphic Arts Dept, and was an industrial designer at MAYA Design, Pittsburgh. He also held a visiting faculty position in the School of Art and Design at the University of Illinois (UIUC) where he initiated courses that bridged the Industrial Design and Graphic Design programs. External to his appointment at CMU, he co-founded The Letter Thirteen Design Agency, an interdisciplinary design firm, and served as co-director for 12 years from 2005-2017. A Level 4 coach with USA Hockey, he currently serves as an Assistant Coach and Faculty Advisor for Carnegie Mellon's Tartans Ice Hockey team.